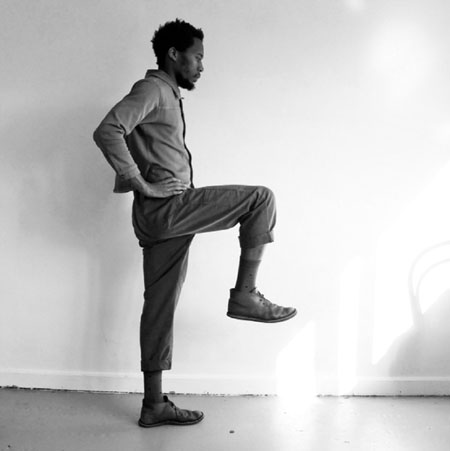 Artist Christian Nyampeta’s Scriptorium is a space for “writing,” in which a working group translates Kinyarwandan as well as Francophone texts of African expression into English. Attention is then given to short texts, songs and films from or related to modern and contemporary Rwandan Thought and life practices.

His next Scriptorium goes under the title A Flower Garden of All Kinds of Loveliness Without Sorrow. And is conceived as an evening of thoughts, poems, songs, and videos featuring Christian Nyampeta (RW/NL) himself as well as video artist Laura Nsengiyumva (RW/BE), composer Aurélie Nyirabikali Lierman (RW/BE) and film maker Amelia Umuhire (RW/DE).

As 2019 marks 25 years since the Rwandan Genocide this focus contributes with a movement “across” its global meaning today. In some way, the Rwandan Genocide can be read as a metonymy for a wider self-destruction in the world at large, and in the context of the history of Francophone Africa in particular. Despite its own limits and contradictions, the sensibility of the Rwandan visual cultures motions toward a heartwarming intellectual promiscuity: it performs as a thinking hand, fighting against the degradation of life and of living together, but also against the threat to life caused by the disappearance of the habitable environments on our planet.
The title of the evening is borrowed from A Flower Garden of All Kinds of Loveliness without Sorrow (1668), an encyclopaedic text by Adriaan Koerbagh, a companion of Spinoza and his circle, who lived in exile and died in prison in Amsterdam, owing to the circle’s then transgressive visions of the Radical Enlightenment. Koerbagh conceived A Flower Garden as a dictionary, intervening against the cultural injustice resulting from the distortion of religious and clerical meanings, and in an attempt to demystify their language.