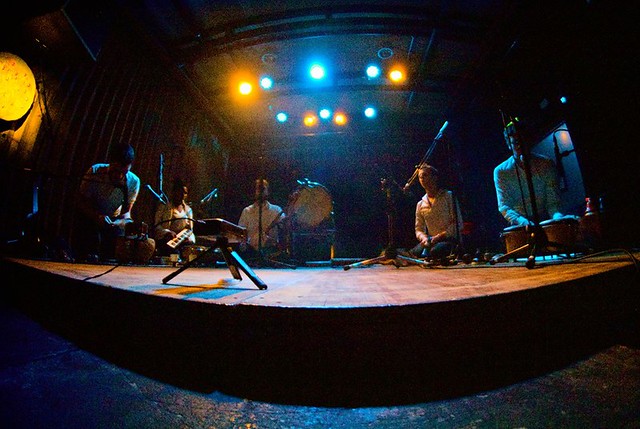 Hargawaan Por Shail is now in pre-order at Aguirre records! 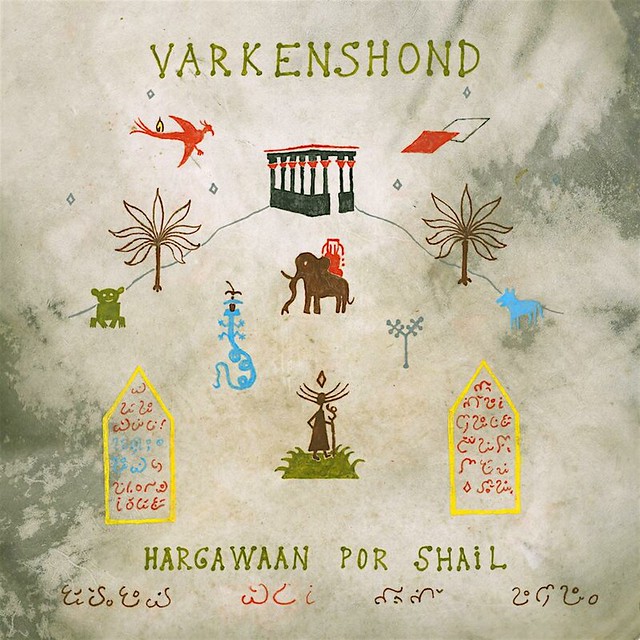 – INFO: With hard to identify instruments Varkenshond creates ritual and tribal madness in the veins of early Silvester Afang and Zero Kama. Varkenshond was founded in 2006 in Antwerp, Belgium while the to-be members were studying Maggergergorian spiritual philosophy with Wim Vanaeghe, Thomas “Gergeti” Kreuzfeld and Koera Mönggüm Sorgan.

They released a cd in 2007, the result of a series of therapeutic music sessions led by G. Karkaronga, and a cassette in 2013, a selection of songs and meditations recorded with local musicians in Brasil, Belarus, China, India, Indonesia, Mongolia, and Russia.

Their new album Hargawaan Por Shail is a collaboration with an animal communicator, flute player, and percussionist Yori Yoki. It consists of Támoldut and Maggergorian vocal and instrumental traditional music from Asia, Africa, South America and Europe. The album includes the first recording ever of the instrument “Life Hooter” and an atmospheric electric version of Qéfelni.”

Art edition
Edition of 15 copies inside a hand-sewed velvet fabric. Includes, besides the record, a silver grey little pocket with an almost unreachable treated rabbit bone, an ancient piece of wood and a wooden amulet to initiate a ritual.

• Varkenshond is a pan-ethnic ritual improvisation ensemble, based on the Maggergergoriaanse spiritual teachings and ancient Támoldoetse knowledge of energy field.