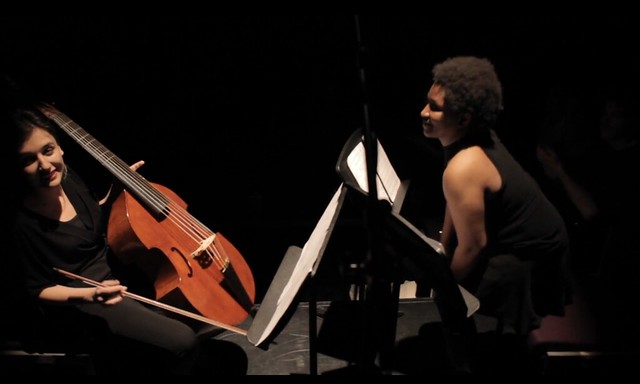 The past week has felt like a personal big bang… and now my musical world is slowly but surely expanding beyond my own imagination. Last weekend Renan Zeladan Cisneros send me his newest song cycle: a very touching triptych with texts by Gerard Reve, Pedro Lemebel and Yukio Mishima. I do the solo vocal part. Grateful that I’ll be accompanied by Ivan Pavlov on grand piano.

Locked myself twice into a recording studio for vocal recordings in preparation for fascinating new compositions. One by Andrius Arutiunian‘s for tape and ensemble. The other one by Nikos Kokolakis for voice, tape and percussion based on texts by Borges. Very curious to get to hear these !

Meanwhile I also had my first rehearsals for The Cruel Mother based on an anglo saxo horror folksong, re written by Sasha Thiele. My partner in crime in this is Salomé Gasselin (FR): getting goose bumps with each strike on her viola da gamba.

On top of that I yesterday also received a new vocal duet by Quang Ngo Hong. It’s inspired by Vietnamese traditional music with a certain jodel technique, fully written in Hmong, a Vietnamese minority language. Quang and me will sing it together and he’ll teach it to me in person: word by word, note by note, sound by sound.

I have commissioned an even larger number of composers to write new vocal pieces, so I am expecting more of these ‘big bang‘ weeks. Premieres of all these vocal pieces will be scheduled from April on  and beyond. 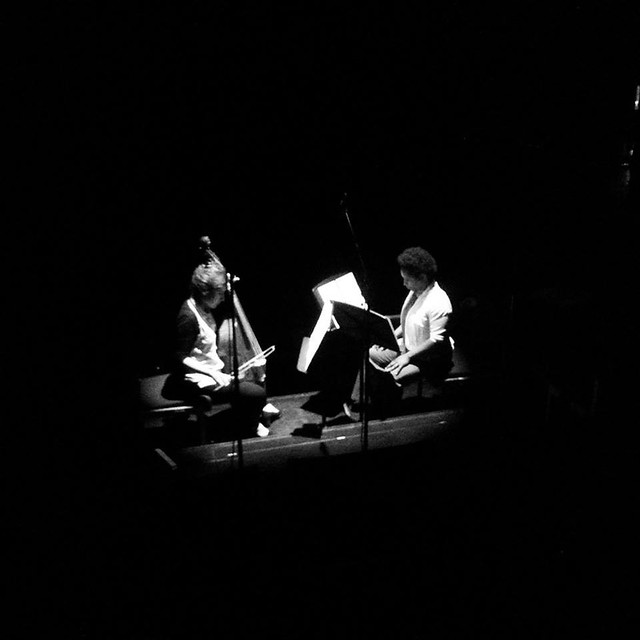