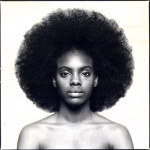 Bare Faced is an installation, a documentary, a concert and a performance… all in one. The video part of Bare Faced is conceived by Congolese visual artist Sammy Baloji  and by the Belgian Cuban multi disciplinary Lazara Rosell Albear. Further info on the making off the original video part can be found downbelow (*) and in this link Bare Faced [ video ]

On one occasion Lazara Rosell Albear and Aurélie Nyirabikali Lierman have created their own new version of Bare Faced in the form of a new  performative installation. Blending in the existing Baloji-Albear- video, within additional new footage, two screens, a brand new live soundtrack and a dance performance.

Part of Lierman’s English lyrics and spoken word were fragments from the poetry bundle ‘Yemadja’ by the Congolese writer Monique Mbeka Phoba.  Here in its original French version, as well as an audio excerpt related to this quote:

Bare-Faced was born at TRANCEMEDIAMIX 2.
For the TRANCEMEDIAMIX project (TMMX) Corban chooses two artists with different artistic backgrounds, disciplines and cultures and invites them to work together during one month. TMMX is not focused on creating a finished product; it generates and explores material that can be used later on by the participants of the laboratory, together or individually.

Sammy Baloji is a photographer and video artist from Lumumbashi, DR Congo.  His work is based on his interest in the history and the memory of his home country.  Through historical research, he wants to reveal the contemporary African identity in his work.

Lazara Rosell Albear is a Cuban-Belgian artist with a background in dance, music and audiovisual arts. Her interest goes to research, performance and production of crossmedia projects.

The starting point for both artists was the search for their common personal history. They followed the central-African Kongo-culture from Congo to Cuba, guided by the inherited religious practices in which ‘trance’ plays an important role.

Bare-Faced is an installation, a documentary, a concert and a performance… all in one.
A production of vzw Corban (c) 2011, With thanks to Cimatics Platform and supported by the Flemish Government

It is in a very similar dynamic that these transnational links were pursued in a performance entitled Bare-faced, that Sammy Baloji staged in cooperation with the Cuban-Belgian artist Lazara Rosell Albear in December 2011. Organised like a box fight in six rounds, the performance starts with an filmed interview with Maarten Couttenier, speaking in front of the overly present showcases of the absence of Lusinga’s story in the permanent exhibition of Tervuren. Then the photographs of the skull appear in the projection. Subsequently, Rosell Albear interrogates the legacy of this erasure by using her body as projection ground first for colonial images, that she tries to imitate, without succeeding the mimetic gesture, then a naked male body wearing a mask from a photograph series of Baloji. Contrasting this superposition, the next “round” follows the narration of her mother telling the artist that her grandparents had practiced palo mayombe, an Afro-Cuban religion referring to Congolese practises. Than, an English speaking male voice reflects on his experiences of racism when arriving in Brazil. He observes that a large part of Black Brazilians refuses to be called black, inventing all sorts of names to conceal their Blackness. Present day racist discriminations are here related to the historic construction of white supremacy, and simultaneously contrasted with the genealogy of transatlantic cultural practices of transmission and reconnection to interrupted references – countercultures of Modernity in Paul Gilroy’s term.

The long final round entangles images filmed by Baloji from You tube and showing a mainly female Congolese dance group, that starts from a rather reified choreography, exposing strongly their scantily clad bodies, and that only liberates progressively by acceding to stages of trance. This transgression is accompanied by filmed images of Rosell taking the poses of a box fight. During these projections, the performer (playing the drums) and the saxophonist Audrey Lauro engage in a progressively unleashed improvisation that joins the trance of the dancers on the screen. Opening to a multiplicity of cultural references, the performance enacts a transgression of the enclosure in fixed cultural assignations that are the product of the long history of racist constructions. Throughout the second part of the performance there is further a strong presence of images troubling equally fixed gender frontiers; by that they are adding to the transgression.

The transgressive space in the piece is to be found in the realm of music and performance. Across the media, electronic and unplugged, the musicians push their improvisations in free jazz beyond any foreseeable horizon. Inscribing themselves in the legacy of Black music cultures, it is the performativity of the cross-media improvisation that finally detaches from the overwhelming presence of racial, gender and class determinism and opens up spaces for third voices. In that sense, the ongoing capture of chief Lusinga’s skull just as of the skulls of the thousands of people drawn of their names in the European museum collections until the present day is challenged: A question raised by Derrida: without the responsibility for those that are not anymore, without the conscience that our past was their present, and that by accepting it in our cellars it is our present as well, how could we transgress what remains unresolved and restless – in order to go to a future yet to invent?
Written by Lotte Arendt